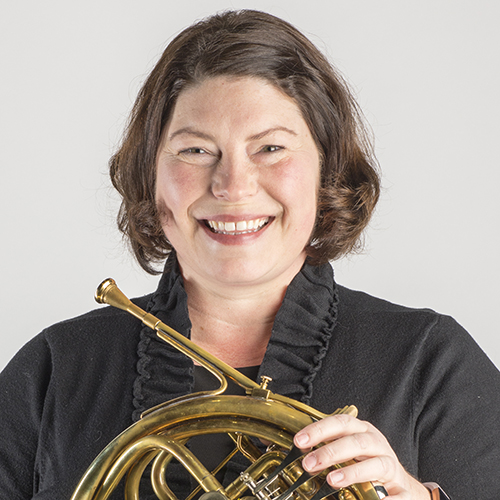 Amy Lassiter joined the DPO as Fourth Horn in 2002 and currently is Second Horn.

Amy earned an undergraduate degree from Georgia Southern University and a Master’s Degree from UC’s College-Conservatory of Music (CCM) where she studied with Randy Gardner.

While working on a DMA at CCM she played one season with the Louisville Symphony to cover a sabbatical. She has played Principal Horn for the Richmond (IN) Symphony and has been a member of the Cincinnati Ballet Orchestra.

She recently traveled for pleasure to Hawaii for the first time and is looking forward to an Australian holiday. Amy is a member of the DPO’s Players’ Committee and is a proud “Mom” to a 16 year-old kitty named Brio.