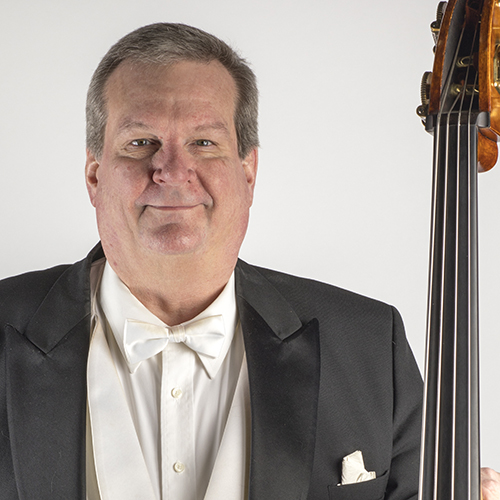 Donald Compton has been a member of the Bass section of the Dayton Philharmonic (DPO) since 1977.

He began drum lessons at the age of 10 and began playing the guitar and electric bass at the same time, but Don did not begin taking lessons on the double bass until he was 16.

Don’s day job since 1985 is teaching bass at Wright State University. In addition to his DPO duties, he has also been a substitute player with the Cincinnati Symphony Orchestra and has played with other regional orchestras.

Don’s hobbies include fishing and vintage guitars and basses.