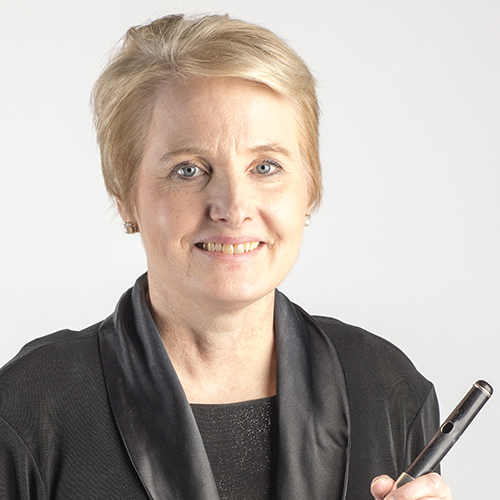 Janet van Graas has been a member of the DPO since 2000, playing both the flute and the piccolo.

Janet has served on the faculties of Miami University (Oxford) and Ohio University, where she met her husband, Frank, an electrical engineering professor.

Janet’s first flute teacher was her sister, Judy, who was then a college student in music education. Janet has also performed with the Columbus, Knoxville and Ohio Valley Symphony Orchestras and the ProMusica Chamber Orchestra of Columbus, and she is also a member of the Lancaster (OH) Festival Orchestra each summer.

Janet and Frank split their time between Athens and Dayton, are active in Target Dayton Ministries and Gideons International, and are members of Concordia Lutheran Church in Oakwood.

Janet and Frank have 14 nieces and nephews, seven of whom live in the Netherlands.

Hobbies include learning Dutch (Frank was born in Holland), traveling, gardening and going on hikes with their dog, Millie.