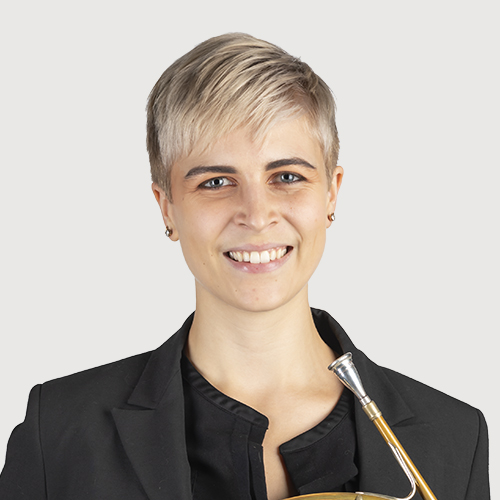 She began her music studies on the piano at age four and began playing horn at age ten. A Chicago area native, she joined the Chicago Youth Symphony Orchestra at age fifteen, where she fell in love with orchestral playing. After moving to Atlanta, Georgia, Jessica joined the Atlanta Symphony Youth Orchestra and the nationally acclaimed Lassiter Band, and she began her career as a freelance musician.

She received a Bachelor of Music in Horn Performance from the University of Cincinnati in 2014. During her tenure there, she initiated the Horns Across America project, which profiled professional horn sections in Chicago, Minneapolis, Cleveland, and Cincinnati.

Jessica earned a Master of Music degree from Southern Methodist University in 2016. While living in the Dallas area, Jessica was a regular substitute musician with the Dallas Symphony Orchestra horn section, performing pops and classical series concerts under the direction of Jaap van Zweden, Karina Canellakis, and Jeff Tyzik.

In addition to her work in Dayton, Jessica has performed with the Cincinnati Symphony Orchestra and Cincinnati Chamber Orchestra. She is also a member of the Washington Avenue Brass Quintet, which performs educational concerts in Cincinnati Public Schools.