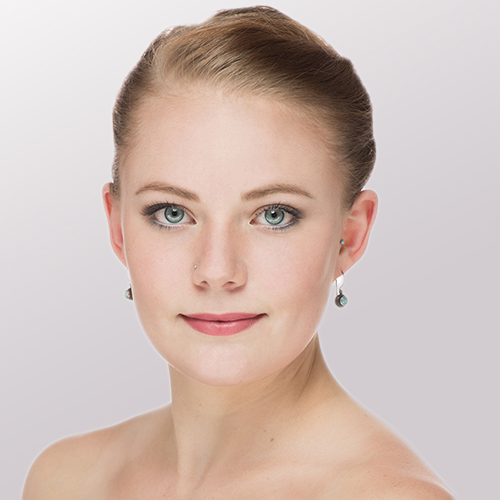 Katy Gilliam is from Durango, Colorado. She received her training at Dance in the Rockies in Durango and worked closely with esteemed teacher/Artistic Director Valerie Madonia. Katy spent several summers training at The Jillana School and Ballet West; she also attended summers at The Joffrey Ballet in New York and Colorado Ballet on full scholarship. In 2011, Katy was a finalist in the Denver Ballet Guild competition for her performance of Odile’s variation from Swan Lake. She spent the 2011–2012 season with Colorado Ballet’s Studio Company. With Colorado Ballet she performed in Swan Lake, Michael Pink’s Peter Pan and community outreach programs. Her favorite roles include Swan Corps in Swan Lake, Gerald Arpino’s Reflections, and Amy Seiwart’s Chasing Ghosts. She is honored to be returning for her eighth year with Dayton Ballet.