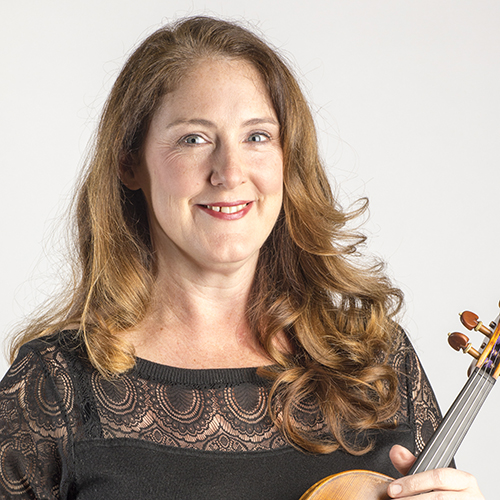 She has served on the faculties of the University of North Carolina at Greensboro and the Opera Theater and Music Festival of Lucca, Italy. During the month of August, she performs as principal second violin with the Peninsula Music Festival in Door County, Wisconsin.