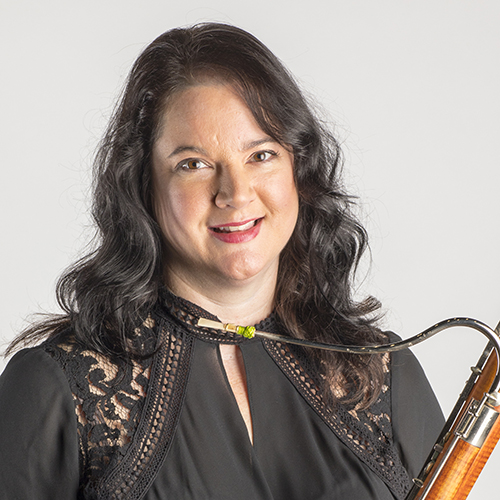 Kristen began piano lessons at age 8 and then bassoon lessons at the age of 12. She earned a Bachelor’s Degree at Louisiana State University and a Master’s Degree at UC’s CCM.

Prior to the DPO, she was a member of the Baton Rouge Symphony and played one season for the College of Wooster’s Ohio Light Opera Company.

Kristen comes from a musical family—her mother sings, her father plays the guitar, and her two sisters are singers, one of whom teaches voice and is director of the Opera Program at East Tennessee University.

Kristen’s day job is making reeds for her students and herself as well as teaching in her studio and at the University of Dayton. Kristen also teaches third graders at three schools as part of the DPO’s SPARK program. Her hobbies are tennis, making jewelry and cooking.

Being immersed in music from a young age, Kristen feels that music eventually became “all-consuming” and cannot imagine her life without this great joy.

Kristen’s husband is an accomplished guitarist, and they have two young daughters and two grown stepchildren.