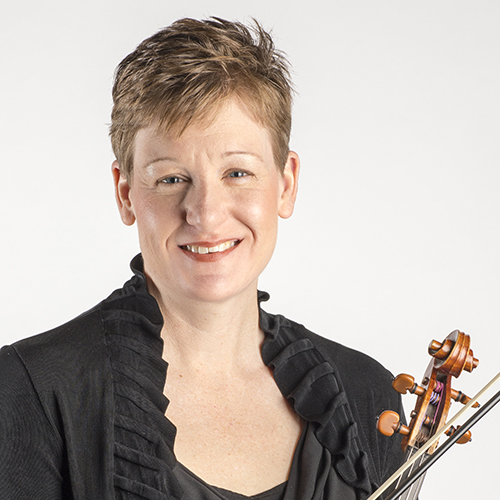 Lori LaMattina grew up in Coral Springs, FL, and began viola lessons at the age of 11, rather than the violin first, the usual starting instrument for string players. She attended Vanderbilt University for three years and then completed a Bachelor of Music Degree in Performance in 1997 and Master of Music Degree in Performance in 1999, both from UC’s CCM.

Lori’s “day jobs” involve her son, Andrew, whom she homeschools, and working with her Norwegian Fjord Horse, WW Rudig, at Wyndrose Stables. Lori competes with Rudig in dressage, the equestrian equivalent of ballet. Currently Rudig is the No. 1 Fjord horse in the United States in his division. She also is a teacher in DPO’s SPARK Program and maintains a private studio.