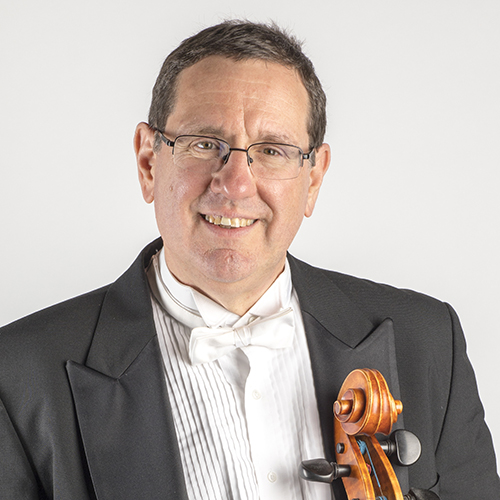 Mark Hofeldt began cello lessons in the ninth grade after several years of piano studies. He earned a Bachelor of Science degree in Music and Pre-Medical Studies from Indiana University in 1978, his M.D. from the University of Illinois in 1982, and his Master of Music in Cello Performance from the Cleveland Institute of Music in 1987.

Mark was a member of the Virginia Symphony and Toledo Symphony Orchestras before joining the DPO in 1988.

Mark is an anesthesiologist who has been practicing at Dayton Children’s Hospital since 2001. He maintains a busy private cello studio teaching schedule as well as serving on the music faculty at the Stivers School for the Arts.

His hobbies include gardening, bicycling, traveling and reading. Mark and his wife, Betsey (a member of DPO’s first violin section), have two daughters, Clara and Ingrid, who also are accomplished musicians and were members of the Dayton Philharmonic Youth Orchestra in high school. Betsey and Mark met in graduate school while playing chamber music and riding the bus together to play with the Springfield (IL) Symphony.