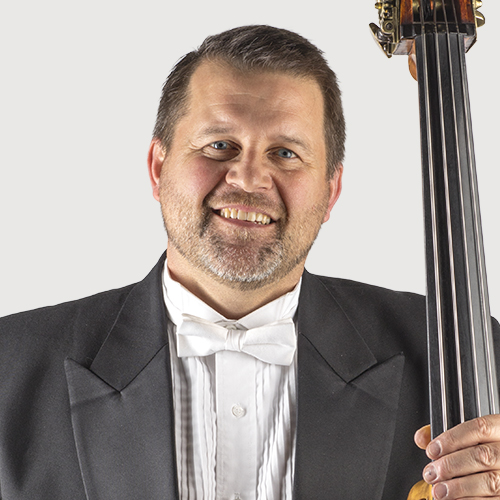 He earned a bachelor’s degree from the Eastman School of Music and a master’s degree from CCM, both in Music Performance. During his career, he has played with the Rochester Philharmonic, Cincinnati Symphony Orchestra and the Cincinnati Chamber, Ballet and Opera Orchestras.

Steve’s hobbies are home remodeling, carpentry and gardening. Steve’s wife, Melynda, is a Hamilton County Assistant Prosecutor, and their two children, Kathryn and David, are seventh and ninth graders.

A history moment: Steve was born in Wapakoneta and remembers as a youngster attending Neil Armstrong’s homecoming parade after the first moon landing.