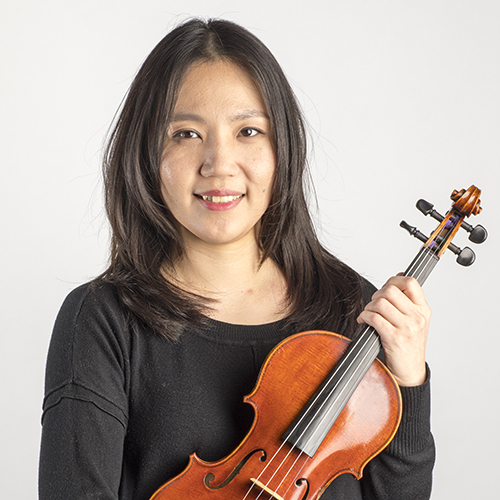 Yein Jin is a member of the Second Violin section of the Dayton Philharmonic Orchestra. She began playing as a substitute player with the DPO in 2013 and successfully auditioned for a regular position in November 2016.

A native of South Korea, Yein began playing piano at the age of 6 and violin a year later. She came to the United States for graduate work in 2007 and earned a Master of Music in Violin Performance from the University of Cincinnati (UC) College-Conservatory of Music (CCM) in 2009 and a Doctorate in Performance in 2015.

As an orchestra player, she was in the Chicago Symphony Orchestra’s training program and a member of the Civic Orchestra of Chicago. In addition to her DPO duties, Yein is a member of both the Kentucky Symphony and Lexington Philharmonic Orchestras.

Yein teaches privately both violin and viola to students in the Cincinnati area.