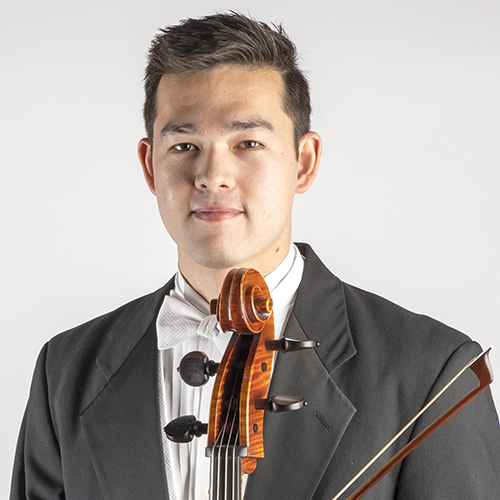 Jonathan Lee, a native of Albuquerque, New Mexico, is a soloist and Principal Cellist of the Dayton Philharmonic Orchestra. Jonathan performs regularly with the Cincinnati Symphony Orchestra and Cincinnati Opera, and has appeared with the New Mexico Philharmonic and Kentucky Symphony Orchestras.  Jonathan has concertized in many of the major concert halls of the world including Kennedy Center, Suntory Hall, Kitara Hall, Sydney Opera House, Mozarteum, and Haydn Hall.

An avid chamber musician, he has performed on numerous concert series and music festivals including Pacific Music Festival and the National Orchestral Institute (NOI). He is also a founding member and Artistic Director of the Immaculata Chamber Music Series, started in the 2018. He has studied chamber music with members of the LaSalle, Johannes and Ariel and played in master classes for prominent cellists such as Robert DeMaine, Alisa Weilerstein, Rafael Figueroa, Paul Katz, Wendy Warner and Hans Jorgen Jensen.  Jonathan is formerly a member of the Lyseon Piano Trio which received the Music Teachers National Association chamber music award in 2014-2015.