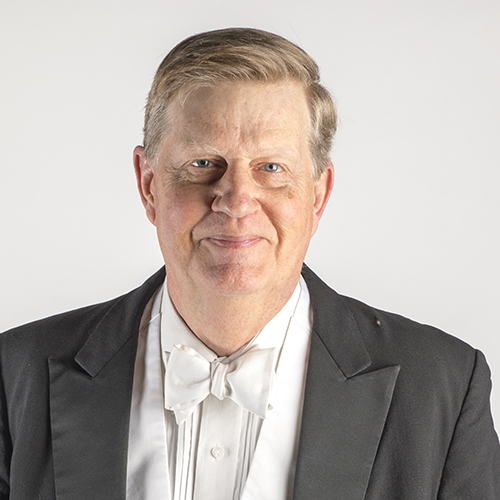 Philip Enzweiler has been a continuous member of the 1st violin section of the DPO since 1982.

Although he joined the orchestra in 1979, he took a leave of absence to perform with the Cincinnati Symphony Orchestra for the 1981–1982 season.

Phil began his violin lessons at the age of 7 and was tutored by his mother until high school. He studied violin at UC’s College-Conservatory of Music (CCM) with Conny Kiradjieff and Phillip Ruder. Both his undergraduate and graduate degrees are in German and German literature from Xavier University.

He performed with the Cincinnati Ballet Orchestra for seven seasons and was their Concertmaster in 1985–1986. Phil also performed in the Wolfsburger Kammerorchester in Germany for one season. Since 2000 he has taught English composition at Cincinnati State College.

Phil and his wife, Nancy, have two children: Anna, who teaches German, and Peter, presently a college student. He and his family live in Northern Kentucky in a home that was built in 1860.

Phil’s hobby is restoring this structure, which he now has discovered is one of those never-ending projects.